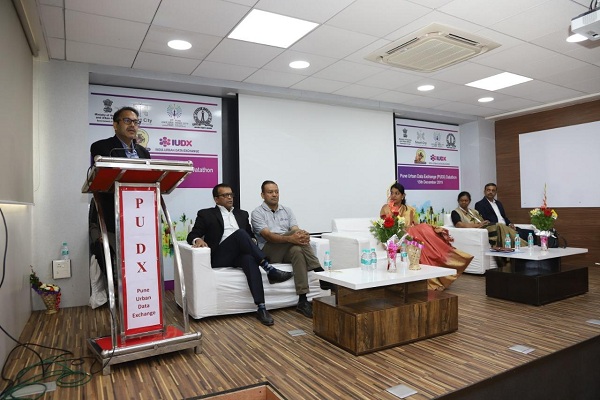 Pune Smart City has become the first Smart City in the country to use the IUDX to launch its pilot urban data exchange in collaboration with IISc, Bengaluru, and Smart Cities Mission, Government of India. 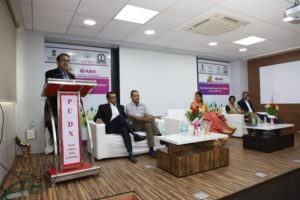 To mark this occasion, a PUDX datathon was conducted which saw several top organizations and start-ups develop innovative ML-based citizen apps and dashboards leveraging multiple datasets from the PUDX including environmental sensor, flood sensor, ITMS data sets. Winners include teams from Bosch, Quantela, and others.

Pune Smart City also launched its Center of Excellence on Data and Video Analytics. This CoE set up in partnership with industry, academia and the government will serve as a testbed for carrying out various analytics on the data which is being collected by the Smart City as well as those residing in various government departments of the city.

Women’s safety perception index, a mobile app for women’s safety developed by a start-up and which is based on PUDX was also launched along with a couple of other apps developed by the team of Smart City Fellows.

The Ministry of Housing and Urban Affairs (MoHUA) launched an ambitious program for the development of 100 Smart Cities aimed at catalyzing investments in holistic infrastructure and services, development of integrated approaches to problem-solving, promotion of co-creation and bottom-up innovation using technology, and creation of sustainable outcomes by espousing the circular economy and participatory processes built around communities.

The total investment expected in these cities over a period of 5 years from the date of their selection is expected to be around USD 30 billion.

Smart Cities, among their many objectives, are evolving as connected, livable, energy-efficient, adaptive and resilient cities through the deployment of smart solutions.

Smart City projects have been conceptualized through a comprehensive process of citizen engagement and hence are very contextual, relevant to the city’s needs. The resulting outputs/outcomes are therefore quite different for each city, with each city investing in applications, infrastructure, and services that meet the hopes and aspirations of their citizens and stakeholders.

The initial implementations have started to show positive results on the ground. However, they are largely independent, created in vertical silos, with limited standardization of software components or their interfaces or the underlying data models. Data created by a specific application is usually available only to that application and cannot be leveraged more broadly. This limits the ability to gain broader insights from the enormous data generated within each project & department, for use between various stakeholders within the city and across different cities.

As an approach to solving these challenges, MoHUA has announced the initiation of a research project with Indian Institute of Science (IISc), Bangalore titled “India Urban Data Exchange (IUDX), an open-source software platform aimed at enabling cities to harness the full potential of the enormous data being generated in our smart cities.

Indian Institute of Science (IISc), Bangalore, is working with a broad set of institutions consisting of industry, government agencies, start-ups, entrepreneurs, other academic and research organizations, to develop the first specifications and reference implementation of IUDX.