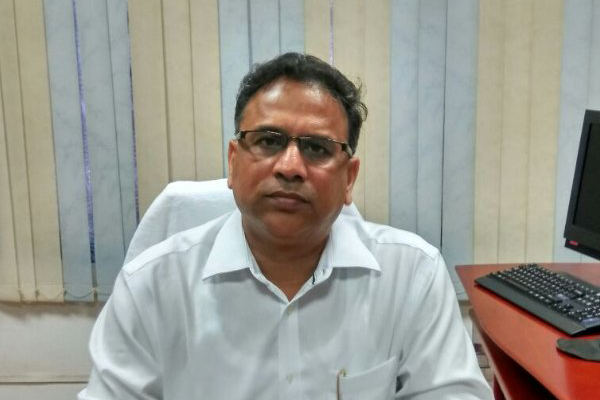 After hosting the Asian Athletics Championships in 90 days, Odisha has emerged as a sports powerhouse in the making. Bhubaneswar, making rapid progress in Smart City infrastructure, is becoming a major sports destination. The State government has also announced setting up of ‘Kalinga International Sports City’ in the capital city of Bhubaneswar, says Vishal Kumar Dev, Commissioner-cum-Secretary of Sports and Youth Services Department, Government of Odisha. He shares much more in an interview with Biswajit Sahoo of Elets News Network (ENN).

Odisha has successfully organised the 22nd Asian Athletics Championship 2017 in Bhubaneswar. This is only the 3rd time that such an international sports event organised in India. But Bhubaneswar has taken up a 90-day challenge to organise it. Please share what transpired behind and how Sports Department acted together for this event?
The successful hosting of the 22nd Asian Athletics Championships has signaled Odisha’s emergence as a strong force in the ‘Global Sports Arena’. When (Ranchi) Jharkhand which was to host the event earlier, pulled out in the last minute, Athletics Federation of India (AFI) was in deep trouble and the country’s pride was at stake. It was at this crucial juncture that Odisha took up the challenge to roll out the red carpet to host the Championship.

The 90-day challenge which Odisha took up and successfully executed led to the complete facelift of the Stadium converting it into a world-class sporting facility. The completion of two new world-class synthetic tracks, state-ofthe-art high mast floodlights, 3 lakh sq kms of grass turfing, renovation and refurbishing of the entire stadium as well as decking up the city for the event in a record time, is worth mentioning. Creating sports infrastructure in just 90 days and meeting the tough yardsticks of International Association of Athletics Federations (IAAF) was no mean achievement.

Odisha has added another feather by organising Men’s Hockey World League Final in Bhubaneswar last December. What are the other future events Odisha is going to organise in the coming days?
Odisha very successfully hosted the Men’s Hockey World League Final in December 2017. After the Hero Men’s Champions Trophy 2014, this was another major event in World Hockey successfully organized in Odisha. Bhubaneswar hosted the Top eight hockey playing countries of the world in the concluding chapter of the Hockey World League (HWL) final. The 11 day hockey extravaganza which saw Australia as champion and local favourite India as the bronze medal winner catapulted Bhubaneswar as one of the lead sporting hubs of the nation. The International Hockey Federation (FIH) also confirmed that Hockey Men’s World Cup 2018 will be held in Bhubaneswar in December titled as ‘Odisha Hockey Men’s World Cup Bhubaneswar 2018’.

Bhubaneswar is also set to see top class Football action, as Jamshedpur FC will play Bengaluru FC as part of Indian Super League at Kalinga Stadium this February.
Odisha is also conducting “Tribal Sports Meet-2017” which commenced in December last year. This is a unique and first of its kind initiative in the

The Chief Minister had announced that Bhubaneswar will be developed as a sports city with best of the infra facilities. Major stadiums in different cities will be also built. What are the plans?
With the rapid growth of Bhubaneswar as a major sports destination, the State government has recently announced setting up of ‘Kalinga International Sports City’ in the capital city of Bhubaneswar which is also being developed as Smart City of future. There are also plans to build four satellite stadiums in Cuttack, Sambalpur, Berhampur and Rourkela with world class infrastructure to create opportunity for international sports events. Besides, Integrated Sports Complexes will be established in other major cities of the State.

The Sports department wants to develop two sports museum in Bhubaneswar and Rourkela. What are its objectives?

A sports museum for the 22nd Asian Athletics Championship – 2017 will be established at Kalinga Stadium, Bhubaneswar with the objective to showcase Odisha’s achievement in successful organisation of the Championship and also focus on promotion of sports within the State. The museum will act as an educational hub for all the stakeholders. A separate sports museum for Hockey will also be set up at Rourkela for showcasing the history, glorious legacy and growth of Hockey in the State in general and Sundergarh in particular.

What is the objective to establish Odisha Sports Development Fund and how it is being used?
The objective of creating Odisha Sports Development Fund (OSDF) is to supplement and complement the mandated activities of the Sports & Youth Services Department by way of providing additional financial resources in case of inadequate or absence of budgetary provision for the desired activity. The expenses met under OSDF are for activities which are important to be undertaken for the larger interest of sports in the state but are not covered under the ambit of existing schemes/ programmes.

Kalinga Lancers and Hockey are Odisha’s priorities. What are your plans for them?

Odisha has been the nursery of Indian hockey and State Government is steadily working for strengthening Hockey. Steps are being taken to improve sports infrastructure in hockey-centric areas, particularly in regions of Sundergarh and Rourkela where children are naturally gifted. The facilities at Kalinga Hockey Stadium are also being upgraded as per International Hockey Federation (FIH) standards as well as in focused areas. The State government also supports the conduct of Biju Patnaik Rural Hockey Championship which happens to be the largest rural hockey championship in the country.

How are you planning to promote other sports other than Hockey?
The Government has identified six sporting disciplines as priority disciplines. These are Athletics, Archery, Weightlifting, Football, hockey and Badminton.

We plan to set up high performance academics in these disciplines offering top class coaches and infrastructure. The badminton academy has already become functional in association with Sports Authority of India. For the athletics academy, we have signed an MoA with IAAF and Athletics Federation of India (AFI). We plan to start work on the athletics and archery academics during the current financial year itself.

This is the first occasion when the International Association of Athletics Federations (IAAF) has partnered with any state government in the country for developing the academy for better training of athletes.