Recently, the Ministry of Housing and Urban Affairs Minister of State (IC) Hardeep Singh Puri released the Municipal Performance Index 2020 on March 4 and the New Delhi Municipal Council topped the chart in the ‘less than a million population’ category. Whereas, in the ‘million plus population’ category, Indore secured the top position. However, South Delhi, East Delhi and North Delhi stood 28th, 42nd and 48th respectively among the list of 51 cities. 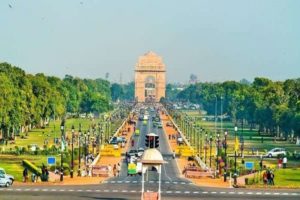 In the ‘below one million population’ category, Tirupati secured the second rank followed by Gandhinagar, Karnal, Salem, Tiruppur, Bilaspur, Udaipur, Jhansi and Tirunelveli. These were the top 10 cities in the category that assessed 60 civic bodies with Shillong on the last spot.

Whereas in the million-plus category, Surat stood second, Bhopal followed and Pimpri Chinchwad, Pune, Ahmedabad, Raipur, Greater Mumbai, Visakhapatnam, and Vadodara were the top ten respectively in the list of 51 civic bodies. However, Guwahati was placed at the bottom of the ”Municipal Performance Index” list in the category.