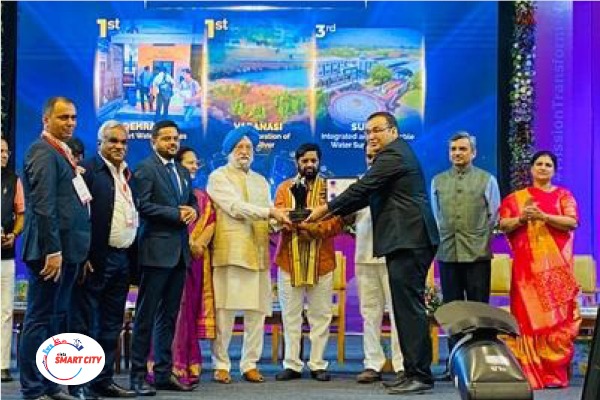 The first award given to the Varanasi Smart City was the “COVID Innovation Award”. During the outbreak of the COVID pandemic and the strict lockdown that followed, the Kashi Integrated Command and Control Centre (ICCC) functioned as the “Integrated War Room” for the city of Varanasi, where District Administration, Emergency Services, Health Department, Telemedicine, Municipal Corporation-related facilities; Food & Civil Supplies, etc. were integrated under one roof.

Varanasi Smart City has also been awarded the “Smart City Leadership Award” for its efficient functioning and proper implementation of the projects, the “City Award” in the cities to be selected in the second phase and in “Water Category” for water conservation.

After being awarded, Municipal Commissioner & CEO, Varanasi Smart City, Pranay Singh said that it is a matter of great pride that Varanasi Smart City has been awarded in four different categories in the India Smart City Award contest. Chief General Manager Dr D. Vasudevan described this award as the award of all Kashi and conveyed his best wishes to all the residents of Kashi.

Those who were present on the occasion included the Minister of State, Ministry of Housing and Urban Affairs, Government of India, Kaushal Kishore and several other ministers.