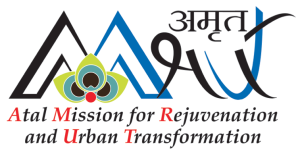 The Ministry of Urban Development has approved the first batch of state-level Action Plans under the Atal Mission for Rejuvenation and Urban Transformation (AMRUT), aimed at enabling water supply as per the norm and providing water supply and sewerage connections to all urban households.

An inter-ministerial Apex Committee of AMRUT, chaired by Madhusudhan Prasad, Urban Development Secretary, cleared plans worth Rs.2,786.28 crore in this regard for 89 cities in the states of Andhra Pradesh, Gujarat and Rajasthan, said a government press release.

This is for the first time that the Urban Development Ministry approved state-level plans unlike the past practice of appraising and approving individual projects.

The approved Action Plans have a total of 143 projects in 89 AMRUT cities in these three states. These include 47 schemes relating to ensuring water supply connections and augmenting water supply and 31 projects for expanding sewerage network services in identified cities and towns. The rest pertain to storm water drains, urban transport and green spaces and parks, the release added.

Under the SAAP, Gujarat will take up sewerage projects in 25 AMRUT cities at a cost of Rs.916 crore and water supply schemes in 11 cities with an investment of Rs.233.65 crore.

The Apex Committee approved SAAP of the three states after a three-hour-long deliberations and scrutiny of Plans proposed by the states. SAAP of each state is an integration of all city-level Service Level Improvement Plans (SLIP) of all Atal Mission cities in respective states.

Ensuring water supply of 135 litres per capita per day in urban areas, besides providing water supply and sewerage connections to all urban households is the national priority, which Atal Mission seeks to achieve.

Urban Development Secretary Prasad has urged all the states to ensure water meters for all consumers in urban areas for efficient management of water supply and reducing supply of water without collecting any fee (Non-Revenue Water). States have been asked to focus on this from next year onwards.

First installment of central assistance of Rs.118.03 crore for Gujarat, Rs.91.90 crore for Rajasthan and Rs.66.29 for Andhra Pradesh under the Atal Mission will be released shortly.

The states made a detailed presentation on implementation of a set of 11 reforms including time lines for the same. Andhra Pradesh, Gujarat and Rajasthan will also undertake capacity building of urban local bodies at a cost of Rs.22.23 cr.