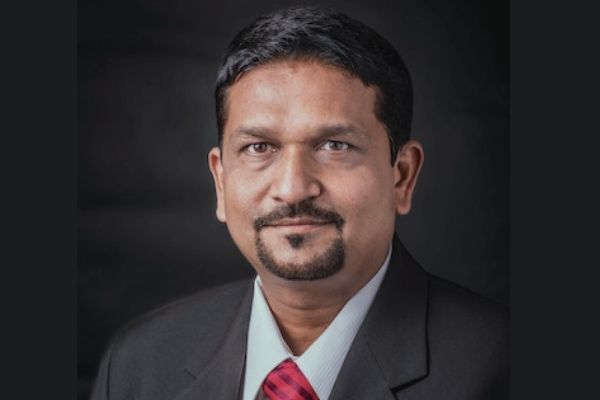 With the expansion of technology and magnitude of complexity, increases the risk of cybersecurity breach, says Pankit Desai, Co-founder and CEO of Sequretek. In this interview with Elets News Network, Desai talks about how the threat of cyberattack is looming and the solutions provided by Sequretek to curb this challenge.

Q: How has the concept of cybersecurity changed over the years and what has been Sequretek’s role?

A: Most of the industries start with a problem statement and later commoditise and simplify it. Security has remained elite which has created a problem in understanding the areas. India is a prime target of cybersecurity today.  The smaller companies are also not spared from the data breach. While starting the company, our objective was to how we can simplify the way of security solutions offered to the businesses. Security is always linked to how much technology the companies use. The higher the complexity of the technology, higher risk is involved.  The situation is like a double edged sword as companies cannot work devoid of technology and with a higher level of cybersecurity risk is involved. Security becomes the ancillary to the answer than to become the main answer. When we started the company, we tried to explore if there is a way to simplify the way technology is consumed. That was the ethos of what the company wanted to be, to simplify security. When we started the company, the concept of cybersecurity was comparatively new and hence we faced the difficulty to communicate our concept to the potential clients.

Q: How has the industry perception on the cybersecurity changed over the years?

A: The awareness has increased over the years. There has been widespread media coverage and reports on how the industry is being susceptible towards the cyberattacks. Hence, the investment in cybersecurity by the companies has increased manifold. The CEOs are getting involved instead of just designating a technology professional, which was the earlier scenario. This has eased our endeavours.

Q: What are the factors that induce cyberthreats in a system?

A: This depends on what part of the company has the ability to create maximum impact. People, devices, value chains are most likely to change and churn the system. Along with these comes a certain risk. The people in the front desk are replaced with technology and the technology location is shifting from devices to clouds. A lot of technology has come in the front end to ensure that dependency on people goes away.

In spite of the technological advancements, there will always be people in the organisations as not all functions can be dealt with technology. These individuals are given access to technology.  These accesses are further linked to the individuals’ roles and locations. In case there is a change in the role, companies face a significant challenge in ensuring that the role and the individual are always aligned. There has to be a mechanism to recognise the churn at the source.  The companies have to check the level or magnitude of technological access an employee is given and must ensure to terminate the same once s/he leaves the organisation to avoid potential risks. There should be checks and balances in terms of providing access to the individual members.

Every employee would need a certain asset to interact with the company. It could either be a desktop or a laptop or a tablet. That form is also undergoing a significant transformation, in terms of hardware or software. Earlier, these systems were more homogenous in nature, but now these are getting more heterogeneous and bringing in more challenges with it.

Q: What are the classifications and sources of the potential threats and what are the ways to curb them?

A: The threats are classified into various areas and sources. These can either generate from devices or external or internal networks to name a few. Earlier, when the external threats were identified, the approach was to observe a signature pattern and put an antidote. The legacy antivirus technologies evolved from signature behaviour. After that, there were advanced persistent threats, which were not visible earlier, and were orchestrated and had multi-layer attack patterns. Techniques like sandboxing and Endpoint Detection and Response (EDR) technologies were evolved. Technologies like Artificial Intelligence and Machine Learning came handy in developing these cybersecurity systems.

Enterprise visibility concept stems from the ability to look at how organisations have morphed themselves into dynamic entities where ingress and egress points have become multifold. Take for example, banks. Earlier, the customers had to visit the bank for transactions or other related purposes. Then came the internet banking, followed by mobile banking, UPI etc. where the boundaries are completely getting morphed. While the boundaries are diminishing, the responsibility to provide security is increasing manifold.

One of the challenges in this system is the manual intervention which causes a delay in identifying as well as curbing the threats. The industry is moving towards an automated response or orchestrated response. The threat intelligence engine generates a threat report along with a set of fixes. It creates a ticket in the ITSM tool. It will have an approval workflow. Today, if I see that a particular behaviour is stopped, I will assume that some action has been taken against it, which is an implicit assumption.

Q: How does the enterprise visibility system work?

A: In the enterprise visibility process, we look at four areas which are user behaviour, entity behaviour, threat intelligence and malware intelligence. Each area has defined functionalities. The environment and threats are dynamic because of which one cannot write the rules upfront. For this, we develop Managed Detection and Response (MDR). It is the ability to collect information and run the algorithm to detect threats.

Q: What are your upcoming plans for Sequretek?

A: We have a bunch of things in our pipeline in terms of automobile security, IoT security which would be functional in a year.

We have started operations in our US office with five people. We are looking to scale that activity. Beyond this, we are also building an ecosystem effect to put across the word. A Pennsylvania based company does our product benchmarking. We have also announced a prototype partnership with Intel. We are working towards making hardware relevant in the security system as today security is all about software play. Generally, security and efficiency are an oxymoron.  We are trying to break it and create an efficient product.

Q: Who are your flagship clients and customers?

A: We work mostly in the BFSI sector. Some of the largest banks and insurance companies have used our products and services. Manufacturing companies, petrochemical companies are also in our list of clientele.  We have around 45 unique customers and overall it is around 60.

More Interview: India is undergoing a digital transformation in each industry sector