In a move to boost the Digital India programme, the Delhi transport department is set to launch QR code-based smart cards for driving licenses and registration certificates. The move will pose a major digital push to make all transport-related services accessible online.

Apart from the digitalisation of transport-related services, it will also fast track the delivery of services and will bring down corruption from respective authorities and departments. QR code-based smart cards are launched a month after the Government of Delhi rolled out 33 faceless services of the capital’s transport department in August.

On the move, the Government of Delhi, in a statement said that it will be a driving force to make Delhi a hub of innovation in governance.

The new driving licence will host an advanced microchip with features like Quick Response (QR) code and Near Field Communication (NFC). Also, the new Registration Certificate (RC) will hold the owner’s name printed on the front while the microchip and the QR code would be embedded at the rear of the card.

The recently embedded microchips in the driving licenses and RCs are not an easy affair to read, especially when not in the State of origin, as these are designed and implemented by the State authorities. Also, for Delhi, the Delhi Traffic Police and the Enforcement Wing of the Transport Department do not have enough handheld devices. Therefore the QR code feature in the new cards will enable the Traffic Police officials to use their mobile phones to scan the code and fetch the respective data.

Moreover, the new cards will also enable linking with Sarathi and Vahan, the two web-based databases of all driving licenses and vehicle registrations, added the Government of Delhi.

The government statement further said, “The new DLs will also help the government in maintaining records of differently-abled drivers, modifications made to the vehicles, emission standards and the person’s declaration to donate organs.”

The QR code, apart from simplifying operations, will also act as a ‘safety feature’ on the smart card. This is so as the transport department will be able to keep records for 10 years of penalties in the name of the DL holder. The record will be stored on the VAHAN database as soon as the DL (smart card) is confiscated. 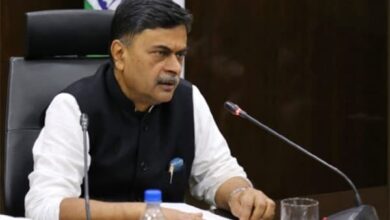