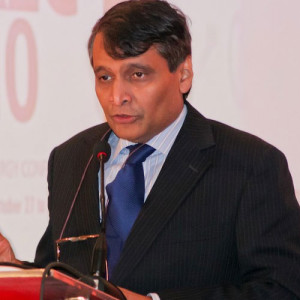 “The government has planned to create 100 smart cities and these will require smart transportation facilities. For this, the Centre and state governments and local bodies should join hands to create an integrated transport solutions body to plan seamless transport systems,” Prabhu said at a seminar on ‘Smart Cities’ through video conference .

He said that transport is a key issue, which needs to be addressed while planning a smart city.

“Railways, airports, local public transport, all will play a key role while creating smart cities as we need to integrate the entire system into one seamless travel experience. Therefore, we will have to find some uniform solutions to address the commutation needs of the cities,” the minister added.

He further said that since railways and civil aviation come under the purview of the Union Government, all the three- Centre, state and local bodies should work.

However, if the transportation system is planned independent of each other in isolation, then it will not give the result that we aim at. Therefore, we need an integrated plan to ensure creation of such transport infrastructure that will address the issue of environment protection,” he said.