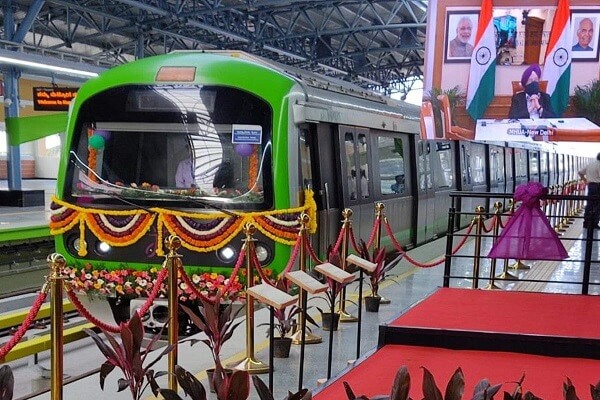 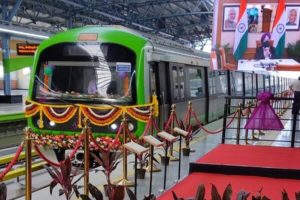 Hardeep Singh Puri, Union Minister of State for Housing and Urban Affairs inaugurated the southern extension line under the phase-2 of the Namma Metro today. The six-kilometre long track connects the Yelachenahalli and Silk Institute Metro stations. The launch of the phase-2 is a major relief to Bangaloreans as they no more have to face long traffic jams on their daily commute. Chief Minister of Karnataka, BS Yediyurappa was also present for the inauguration of the project with other party leaders.

The phase-2 of the Namma Metro covers a 6.6km-long stretch and has six stations including Yelachenahalli, Konanakunte Cross, Doddakallasandra, Vajrahalli, Thalaghattapura, and Silk Institute. All the six stations under the phase-2 will get LED lightings and rooftop solar panels with a capacity to generate 1.2 MW of power by March this year. Further, considering the convenience of the passengers, the stations on this line offer as many as eight escalators and four elevators.