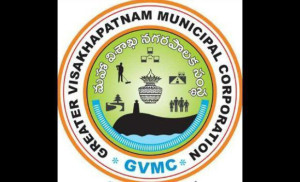 The city of Visakhapatnam will witness the launch of newer projects by Greater Visakhapatnam Municipal Corporation (GVMC) after the Smart City Mission completed one year of its announcement.

As per the sources, one of the highlights of the announcements will be a major, pan city, project of Command and Control Centre costing Rs 141 crore which will club all departments of GVMC followed by other government departments like Revenue and Pollution Control Board and disaster management for sending alerts in times of cyclones. It would monitor pollution levels and analyse them. The traffic monitoring system launched by the Police Department and GVMC would be brought under it. All e-governance systems would be integrated.

The authorities will be announcing eight to nine projects on the specified day including housing for all, ICT-based solid waste management, smart metering, solar roof-top power on government buildings and solar panels for street-lighting, 100 per cent house service connections for water supply under Atal Mission for Rejuvenation and Urban Transformation (AMRUT).