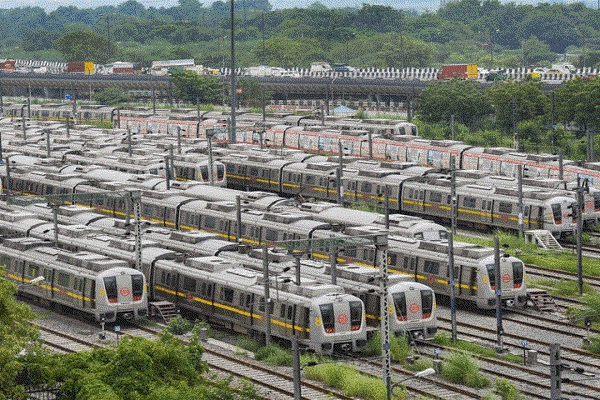 Following the Centre’s announcements on the resumption of metro services from September 7, metro corporation across the country have come up with their set of guidelines for smooth and safe functioning. Similarly, the Delhi Metro Rail Corporation (DMRC), on September 3, released a set of new guidelines.

As per the new guidelines, the metro stations in containment zones will remain closed after September 7. Further, metro trains will not stop at stations where passengers are found not maintaining social distancing. Also, wearing a face mask will be mandatory during travel on Metro trains and masks will be provided to passengers on payment basis at stations.

According to Mangu Singh, DMRC Chief said that in the first stage, Delhi metro services will operate in two shifts from 7 am to 11 am and then from 4 pm to 8 pm. However, in the second stage, trains will be available from 7 am to 1 pm and from 4 pm to 10 pm, he added.  Further, he said that the normal operations of Delhi metro will resume after September 12.

As per Singh, in the first phase which begins on September 7, Yellow Line from Samaypur Badli to Huda City Centre will resume operations. Whereas, from September 9, Blue Line or Line-3/4 (Blue Line) connecting Dwarka Sec-21 in Delhi and Noida Electronic City/Vaishali; and Pink Line or Line 7 connecting Majlis Park and Shiv Vihar will resume operations.

The following day, on September 10, Red Line or Line 1 from Rithala to Shaheed Sthal New Bus Adda; Green Line or Line 5 from Kirti Nagar/Inderlok to Brig. Hoshiar Singh (Bahadurgarh); and Violet Line or Line 6 from Kashmere Gate to Raja Nahar Singh (Ballabhgarh) will also resume services with the same timings.

In stage-2, kicking in from September 11, Magenta Line or Line 8 from Janakpuri West to Botanical Garden; and Grey Line or Line 9 from Dwarka to Najafgarh will also be made operational. The trains in stage two will operate in batches of six-hour each from 7 am to 1 pm and 4 pm to 10 pm, the DMRC said. And, from September 12, stage three will kick in and in addition to lines made operational, Airport Express Line from New Delhi to Dwarka Sec-21 will also resume service.