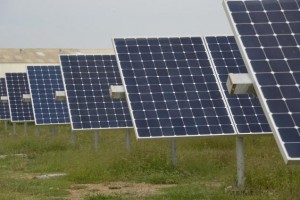 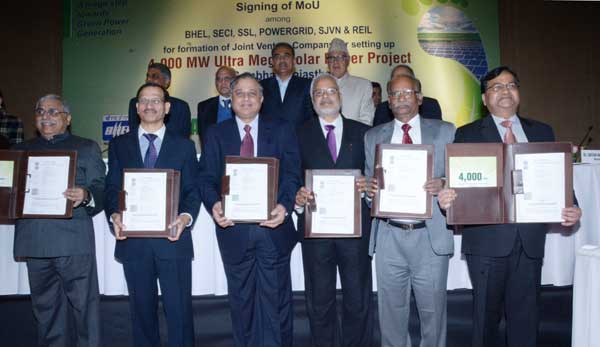 The planned first phase implementation of the UMSPP at Sambhar is of 1,000 MW, and the balance 3,000 MW in subsequent phases.

The proposed equity participation in the JVC is: BHEL 26 percent, SECI 23 percent, SSL 16 percent, POWERGRID 16 percent, SJVNL 16 percent and REIL 3 percent. The JVC will be incorporated in Delhi/National Capital Region (NCR) after finalisation of Definitive documents under the supervision of the Ministry of HI&PE.

All modules required during the Phase-I implementation (i.e. 1,000 MW) of the project at Sambhar will be for supply by BHEL on nomination basis subject to the manufacturing capacity of BHEL at that point of time. Besides, BHEL will also have the right of first refusal for supply of solar PV cells and modules during the subsequent phases (i.e. 3,000 MW) of the project, and other projects developed by the JVC.

The project is likely to be completed in seven-eight years from the date of all the approvals & clearances.